Mohammed Shami and Umesh Yadav included in the Indian squad as R. Ashwin and Ravindra Jadeja rested for the Australian One-Day Internationals

Seamers – Mohammed Shami and Umesh Yadav has managed to make a place in the Indian squad for the initial 3 ODIs against Australia, scheduled to start on September 15. Meanwhile, Shardul Thakur who recently made his ODI debut in the recent series against Sri Lanka didn’t seemed to have impressed the selectors. On the other hand, the team management has decided to extend the resting period for Ravichandran Ashwin and Ravindra Jadeja. 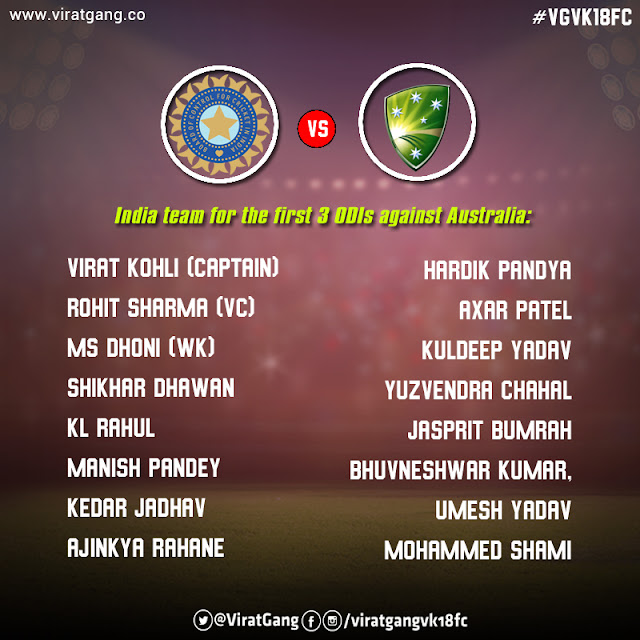 The fact that R. Ashwin is currently stuck in a four-match contract with Worcestershire for the English county’s Division two fixtures, his return to the Indian squad in this ODI series seems to be doubtful as his assignment will be ending on after he plays his last game in Durban from 25th to 28th September, 2017.

“The team for the 3 ODIs against Australia has been selected in line with the rotation policy of the Board and accordingly R Ashwin and Ravindra Jadeja have been rested. The team’s performance during the Sri Lanka tour was outstanding and players like Axar Patel and Yuzvendra Chahal, who performed very well, are being given an extended run and this will in turn supplement our approach, to build a strong reserve strength, as we prepare for forthcoming tours.”, said MSK Prasad, India’s chief selector in a release.