Whole of the cricket world can sense excitement in the air as two heavyweights of the game are all set to lock horns in first of the 5 One-Day internationals in the limited overs series at Chennai, which is followed by a set of 3 Twenty20 Internationals. 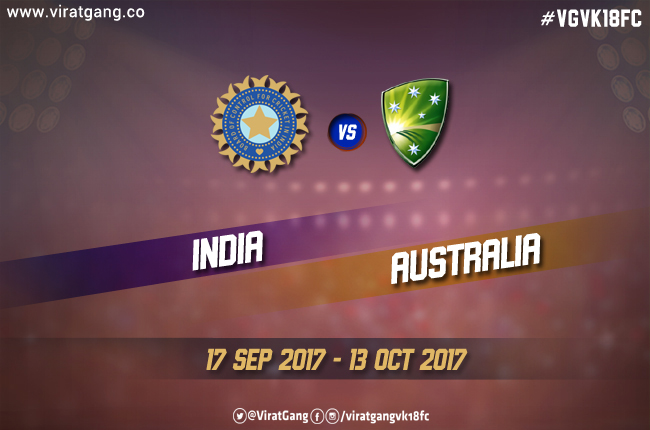 This surely promises to be a competitive series, considering the fact that just one position separates the teams in both the formats.

Just for the records, this is the last series before the law related to the specific bat sizes will be applied in International Cricket. As subcontinent pitches are know to favor the batsmen and considering that both the teams have some really quality batsmen in their squads promises each match to deliver a feast of runs to the spectators.

What adds to the excitement is the on & off-field battle between the hotheaded Skippers – Virat Kohli and Steven Smith. Though they have assured to play in the spirit of the game, there is always that heat and pressure when India and Australia are playing against each other.

Predicting the outcome of this series is really tough as both the teams are evenly balanced but one thing for sure – cricket fans around the world are going to have a time of their lifetime witnessing 2 champion teams giving in their all to rule the 22 yards like a boss!

India vs Australia 5th ODI Review: Rohit Sharma And Axar Patel Proved To Be The Show Stealer At Nagpur