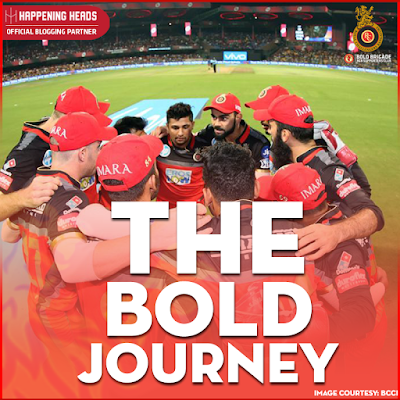 With fresh picks from the IPL 2018 auctions, Royal Challengers Bangalore team was looking a well-balanced contender to pick up the trophy this season but they faced a major blow ahead of the season after Australian pacer they were banking on to anchor their bowling attack this year, Nathan Coulter-Nile was ruled out of the tournament due to injury.

Nothing really went RCB’s way in the first half of the season and they managed to bag mere 2 wins in their initial 7 matches which left them stranded lower down the IPL 2018 points table but their form witnessed a drastic change in the next 6 matches, where they managed to bag 4 victories and kept their pursuit of making it to the play-offs. Unfortunately, Rajasthan Royals were able to put a full-stop to their IPL 2018 season and their wish to win the crown ended yet again, in-spite of having greats like Virat Kohli and AB de Villiers on their side.

The Royal Challengers Bangalore team management seemed to be struggling in order to find the right team combination at the initial stage of IPL 2018 season and when they finally hit the right spot, their fate was almost depended on the others team which added to the misery.

Coming to the bowling department, it was great to see Captain Virat Kohli and bowling coach – Ashish Nehra backing the youngster – Mohammed Siraj throughout the season. He made a decent progress in the company of experienced campaigners like Umesh Yadav and Yuzvendra Chahal in the process.

The caravan of bad-luck continued when the major duo of Chris Gayle and KL Rahul released by Royal Challengers Bangalore delivered power-packed performances for Kings XI Punjab. Also what added to the pain was a bit sloppy fielding at times and disappointing performance of the retained Sarfaraz Khan.

Virat Kohli wished all the best to other teams for remainder of the tournament and signed off yet another season for RCB on a not-so-satisfying note. Though the support Royal Challengers Bangalore’s loyal supporters have shown for their favourite team throughout the season as well as on social media is commendable. They seem to be very much proud of their team and have confidence that they will comeback with a bang next season.

But as they say, winning and losing is a part of the game and we must respect the outcome, appreciate the efforts our players have put in and support them when they need it the most. We would like to sign off this rather exciting and thrilling IPL season by chanting #ESCN – Endless Support, Ceases Never!

Where are the twenty overs coming from? – A look at RCB’s bowling