Royal Challengers Bangalore registered an impressive 10-wicket win over Kings XI Punjab in the KXIP vs RCB IPL 2018 match no. 48 at the Holkar Stadium in Indore. With this win, RCB’s hope of making it to the play-offs still seems to be very much alive. 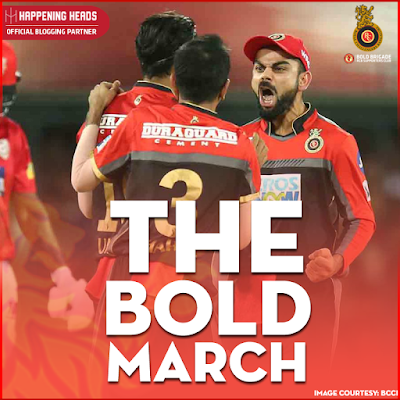 Virat Kohli took no time to make the decision of putting the home team to bat first as soon as he won the toss, considering the fact that no total seems to be adequate to defend on the hard Holkar Stadium pitch with a hint of grass on it.

Though KL Rahul and Chris Gayle started off the proceedings for KXIP at a fairly decent pace but it was not too late when RCB’s in-form speedster, Umesh Yadav spoiled party for the home team. He was responsible to send both the openers back to the pavilion after which no Kings XI Punjab batsman managed to stay on the crease for long, apart from Aaron Finch who scored a laggy 26 runs off 23 balls.

Mohammed Siraj, Yuzvender Chahal, Colin de Grandhomme and Moeen Ali assisted Umesh Yadav with their disciplined bowling throughout the innings and kept the opposition batsmen on their toes. They managed to bundle up the Kings XI Punjab innings on mere 88 runs in just 15.1 overs in the crucial KXIP vs RCB IPL 2018 match.

With a view to boost the net run-rate, Virat Kohli decided to lead from the front and promoted himself to open the innings for RCB with Parthiv Patel. Kings XI Punjab bowlers didn’t really troubled the scorers and this is the reason why, the opening pair themselves added an unbeaten 92 runs and chased down the target in just 8.1 overs to register an emphatic away win.

Umesh Yadav was awarded Man of the Match award for his fiery bowling figures of 4-0-23-3. With this win, RCB has increased their tally to 10 points whereas, KXIP has dropped to the 5th position in the IPL 2018 points table.

Royal Challengers Bangalore will be heading back to their den for a home game against SunRisers Hyderabad on Thursday.